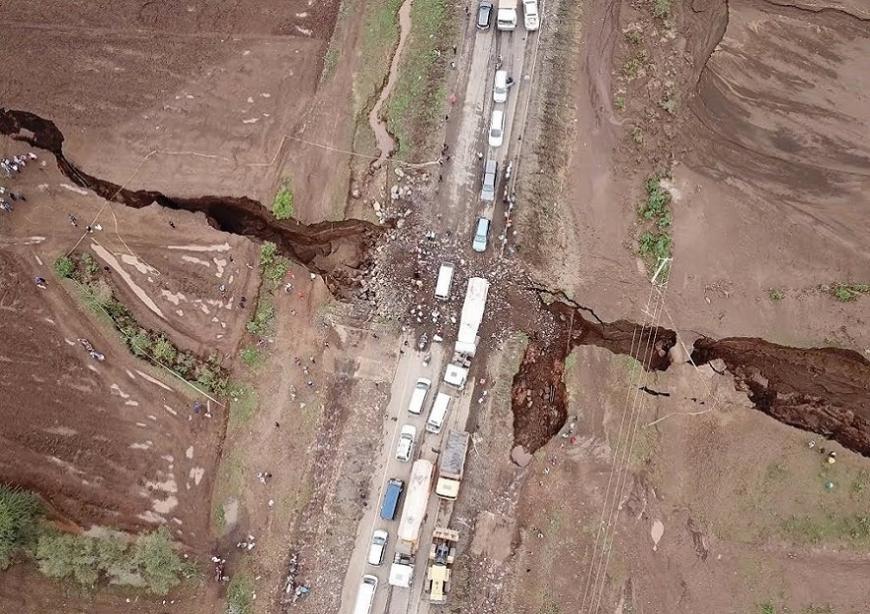 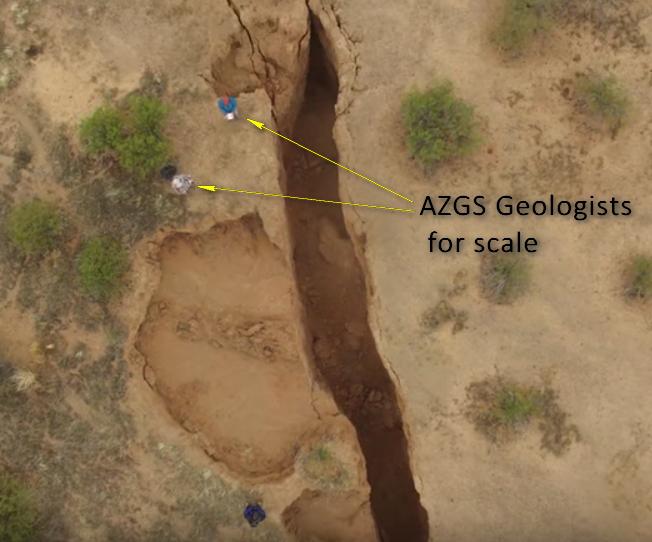 Early yesterday afternoon, we received a frenetic phone call from a producer at CBS News. They were running a story later that day contrasting the sudden formation of a large ground fracture in the East African Rift in Kenya with  earth fissures that form in central and southern Arizona. (CBS video of fissure)

At first glance, this seems a bit of a geologic stretch. The deep-seated processes rifting East Africa are a far cry from the groundwater pumping subsidence producing Arizona's earth fissures. But a quick examination of the Kenyan fissure showed a number of similarities to Arizona fissures: length - several kilometers; depth ~ 15 m (45 feet); width ~ variable but up to 60 feet - this latter dimension is probably unheard of in an Arizona fissure.

And the Kenyan fissure ripped open suddenly during a torrential rainstorm; behavior not uncommon to opening or reactivation of Arizona's fissures.

On the face of it, there are striking similarities between the two. Nonetheless, the underlying causes are as different as day and night; Arizona fissures form as the result of basin subsidence due to groundwater pumping; the Kenyan fissure is the result of tectonic forces tearing at the continental crust of East Africa.